*THE* forum for active Trojan Boaters...

This forum is for comments and the exchange of information relating to Trojan Boats and boating. Please do not post used parts or boats For Sale in this area. For general, non-boating topics please use our "General Discussions" section.

Note: Negative or inflammatory postings will not be tolerated.

K4282 wrote:....they now make one specifically for boats with a shore power plug called and EU20001 Companion that my friend got....and he plans to get the accessorizes to plumb it into his boat fuel tank and have the exhaust out of a thru hull....

I was responding to the above statement and curious what qualified it as a marine unit. It also sounds like your friend might be installing it below deck given the hook up plans. If so, that would NOT be a good idea.

The portables are becoming very popular and there is and always will be a place for them but I wouldn't say nobody's running the old units anymore. There's countless units out there still in perfect operating order and being used all the time. Ya they're big but I can turn on every single load on the boat and then some like sharing power with my buddies that don't have one or powering up the hundreds of Christmas In June lights in the convoy.

I believe thats his plan to buy those accessories and mount it below deck, im not sure. I question where he would mount it its only 26ft, its 1 1999 Cruisers rogue, single big block, there cant be a ton of room, maybe he has other plans to have a mount on the swim platform or under a seat? I'll have to wait till spring to see
Top

K4282 wrote:I believe thats his plan to buy those accessories and mount it below deck, im not sure....

I sure hope not. He's putting himself and everyone on board in danger as well as other boaters around him.
She was a 1969 36 ft wooden beauty with big blue 440s that we'll miss forever.
And thanks to the gang, 2012 Trojan Boater Of The Year
Top

his plan to buy those accessories and mount it below deck

"ignition"
"protected"
"Darwin"
I needed a less expensive hobby, so I bought a boat!
Top 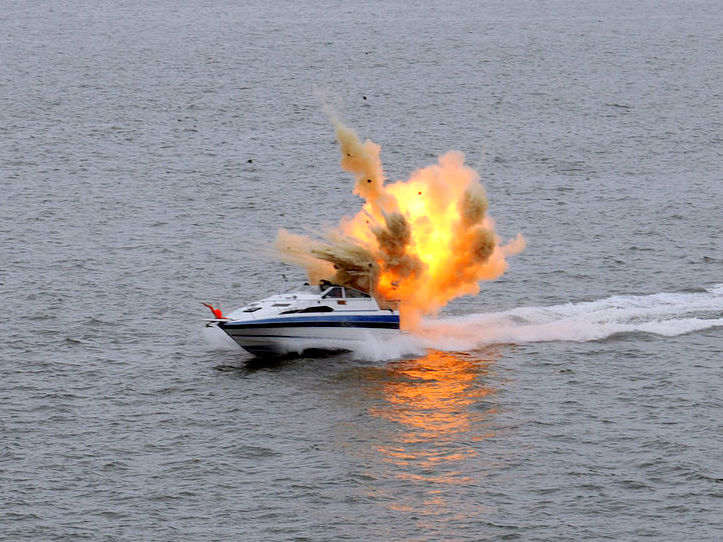