To understand the Trojan Meridian, you need to understand a little about the Whittaker Corporation. Whittaker had 135 acquisitions from pleasure boats to industrial chemicals in the early 1970's. One of those acquisitions was Trojan Yachts. Two other acquisitions were Columbia Yachts and Coronado Yachts. Both of these company's made sailboats. Columbia and Coronado decided to build a Trawler and started the Meridian Yachts Company. Again, one more of the Whittaker's Corporation acquisitions. It is unclear how many of the Meridians were made by Meridian Yachts in Costa Mesa CA. Maybe only a few. But by 1974, the Meridian Trawler hull mold had been moved to the Trojan plant in Lancaster, PA.

It was here at the Lancaster plant that the first of 13 (or 14?) Trojan Meridians were made. The only difference between the Meridian made in Costa Mesa and the ones made by Trojan -- was that Trojan didn't color the gel-coat or use a liner in the engine room. Only one Meridian was made at the Lancaster, PA plant - the rest were made at the Elkton, MD plant.

Here is where it gets interesting. In 1977 the Mexican Government, through the world bank, ordered 100 fishing boats. The Meridian Hull was used for those 100 boats. Then Trojan cut the Meridian hull vertically and made one Chesapeake bay boat. So, somewhere out there - maybe still on the bay - is another unique Trojan with a unique history sporting the hull number 409-8001 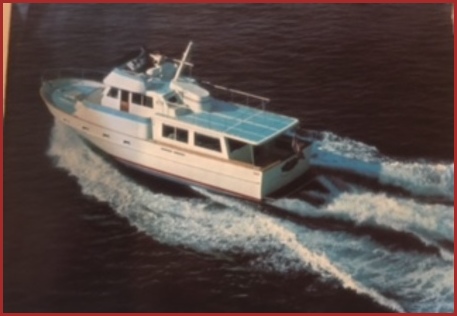 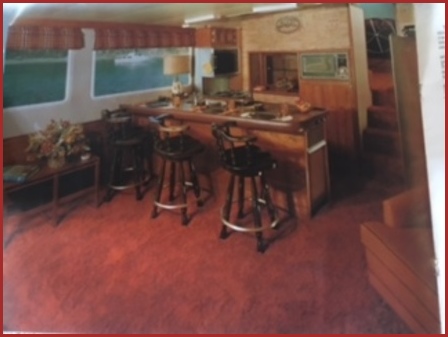